Since 1971 when the first e-mail message was sent by Ray Tomlinson this communication method became one of the most popular solutions to talk between people. And still – many modern websites use contact forms, probably because it’s familiar, flexible and easy to use.

So like everyone else We’ve also had to implement contact forms and of course – it’s not so hard all you have to do is to make some simple back-end script, and consume your

But we were looking for a better solution

The only problem We’ve encountered was that We’ve had different types of those „basic and simple” scripts across different websites or applications made by us. And every business request to change some fields extort on us making changes both on front-end and back-end.

Then We’ve found formspree.io and we fell in love by its ease of use for our front-end developers. But still, it wasn’t our dream solution. Formspree was external service without our control. Of course, it’s open-source, but we were just looking for a simple PHP script to host on our’s client’s websites.

And that’s how an idea for FormCarter was born

After a couple of hours, we’ve had the first iteration of our idea. FormCarter was easy as possible yet it was using modern features of PHP like strict typing. Several months of battle testing this library has lead us to a simple idea.

Why not publish FormCarter on GitHub and made it open source?

On the 25th of October, we were running the hacktoberfest event at our office. Hacktoberfest is a whole month celebration of open source. The whole idea is to make 4 pull requests to open source libraries throughout October. Easier said than done and that’s people meet up to help each other to choose some code to work on and to make first steps in open source. It’s also good time for developers to share their work with the community and that’s why we’ve also made lightning talk about FormCarter.

Some of the people gathered thought that it’s a cool idea and decided to make their contributions. For some of them, it was even first pull request in the open source world.

Those contributions made this library onto the next level. It was our first attempt to this type of knowledge sharing and of course, We’ve had some concerns, but input made by the people has exceeded our expectations. If you are also thinking about publishing your code and making it free for other people to use – we encourage you to do so. This is a new experience and a chance to make your code better.

If you would like to use or just check out our library it’s stored on GitHub.

Fun fact – all open source libraries hosted on GitHub would be preserved in Arctic Code Vault.

Hi, we are Software Things, and we can help you with your website idea. If you are looking for a team to implement useful, well designed and lightning fast website – you are in good company. 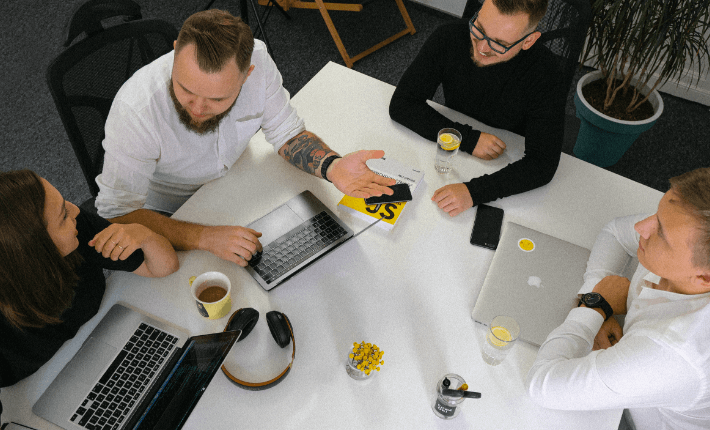 How did we create a service system for job fairs organized by the biggest recruiting portal in Poland? | Pracuj.pl

We can take care of your idea

Contact us if you wish to make good products together